Like the majority of British automobile producers, the MG Car Company developed experimental models which often, but occasionally not, became production models. The founder of MG Cars, Cecil Kimber, realized at an early time, that properly set up and successful experimental cars could provide a great deal of free advertising, and he was happy to supply factory assistance to any MG speed or endurance record attempt. Between 1929 and 1959 MG established 43 international class speed records with factory-supported EX vehicles, and several EX cars were the precursors of well-known production models.

From the very beginning, the EX designation was used for prototype MG projects and cars, but the first of the EX line to be revealed to the public as a prospective ‘record-breaker’ was EX120. It evolved from a collaboration with Captain George Eyston who attempted to establish the first 100mph speed for Class H cars (750cc) cars, using the diminutive 1929 MG Midget. His MG broke six international records on the way to becoming the first 750cc car to go 100 miles in one hour. Designed with the express purpose of smashing every Class H record, and completed late in 1931, the evolution of EX120 was EX127. In its illustrious career EX127 car set numerous records, and was the first car in its class to surpass 120mph. 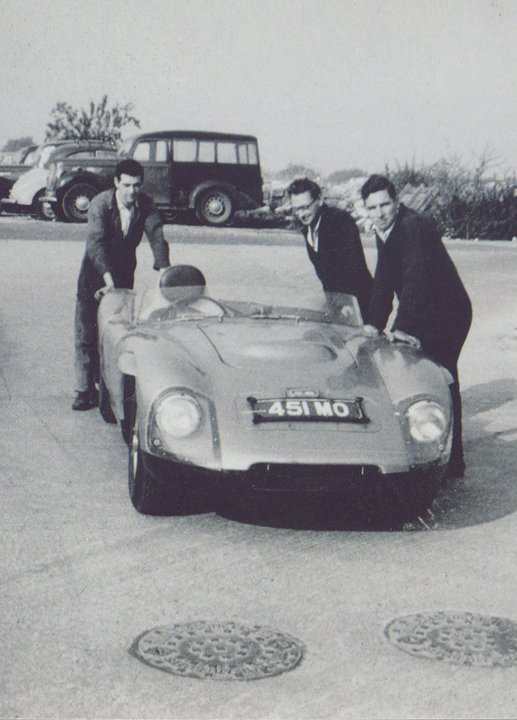 The next car for Captain Eyston was the legendary EX135, based on a K3 chassis with both racing and record breaking bodies and built to assault Class G (1100cc) records. The original streamlined body was painted in cream and chocolate stripes, and earned the nickname “Humbug”. In 1934 it re-wrote the record books for its class, and two years later broke both Class G and F records by becoming the first 1100cc car to exceed 200mph. Following World War II, EX135 re-surfaced in a number of different configurations and took many class records before, in 1951, and sporting a TD engine, the car ran on the Utah salt flats to take more records in Class F. In its long career, and wearing an assortment of bodies and engines, the venerable EX135 broke the world record ten times in eight different classes, a tribute to both the builders and the driver. The next significant creation, EX179 was based on an MGA chassis and closely resembled EX135. With it, Eyston and Ken Miles took seven Class F and 25 American records. Using the Wolseley Twin-cam engine, the car took nine Class G records. The final record breaker from MG was EX181, a mid-engine car nicknamed the “Roaring Raindrop” for its unique streamlined body shape. In 1957, with Stirling Moss at the wheel, this model took the Class F record at 245.6mph. Two years later Phil Hill drove the car to an amazing 254.9mph. This was the end of factory supported MG speed cars except one you may never have heard of before today!

Whetted by a three-car entry in the 1955 Le Mans 24-hour race where the brand new MGA EX182, had finished 12th overall and 5th in class, Managing Director of MG John Thornley and Chief Designer Syd Enever laid plans to develop an MGA-based ‘prototype’ for the express purpose of winning the 1961 LeMans 24-hour race outright. They intended to utilize the then-new dual-overhead cam version of BMC B-Series engine, but recognizing that the engine wouldn’t give them a performance edge, (other cars would have more power), they planned to compensate with a specially built, lightweight, and extremely aerodynamic aluminum body. ‘EX186’ is the racecar that resulted from these plans. The car was built and test driven on the road, and by all accounts its performance was impressive, but sadly the Le Mans MG project was cancelled before EX186 was ever raced.

It was normal MG practice to destroy racing prototypes after retiring them, but in 1960 John Thornley managed to dispatch EX186 to US dealer Kjell Qvale, invoiced as “auto parts.” Qvale kept EX186 stored until 1966, after which it was sold and driven on public roads for about a year until its engine required overhaul. At that time, overhaul costs were prohibitive and the car was removed from service, parted from its engine, and stored in a barn on a walnut farm in Red Bluff, CA. Luckily, most of the car including the hand-built aluminum body and unique DeDion rear suspension survived virtually intact and, in 1982, having seen it advertised in Road & Track magazine, MG enthusiasts Joe and Cathy Gunderson and Steve Willis of Denver, Colorado, purchased the car. Since then, they have carefully and painstakingly restored it to the virtually original specification you see here. Tracking down missing original parts such as the gearbox has been one of the special challenges of the unique 30+ year restoration of EX186 which is currently on display at the Hagerty offices in Golden, Colorado. 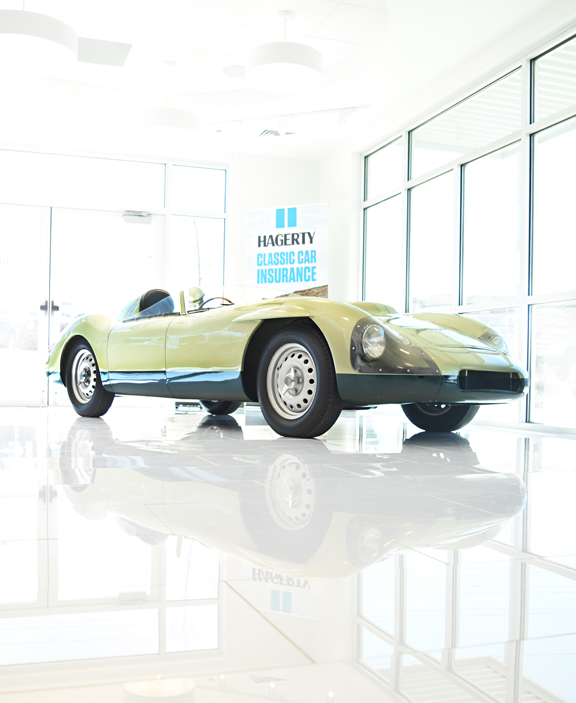